The Art of Resilience 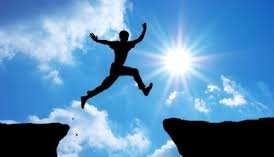 As Executive coach, I have often wondered: how come some individuals recover easily and fast after demotion, lay off, bankruptcy... This question also rises regularly to me for people who face other difficulties of life: divorce, serious illness, and natural disasters...

Is this related to personality, form of intelligence, genetic predisposition, entourage's support, life balance, beliefs? At last, is it predictable?

Answers are certainly in the concept of Resilience, which has led to many researches in psychology.

In France, Boris Cyrulnik, through the analysis of his own terrible story* and his work as doctor and psychiatrist has had a huge contribution to develop and extend to the public the concept of Resilience. If the word resilience has been firstly used to describe the ability of people to survive and bounce back after a major trauma in the childhood, it has then led to deep analysis to better understand why some people better face all kind of adversity than others.

People seem to differ in their inborn ability to handle stress. But Resilience can also be cultivated. The cradle of Resilience is people development, especially during the childhood phase when people gain better thinking, self-management skills and more knowledge. It comes mainly from the way children learn to think and act when they face obstacles, large as small. A key factor is the children's supportive relationships with adults. When we help young people to view adversity as a critical part of success, we help them develop resilience. I recently visited a British school and the Director strongly claimed: "Here, we celebrate mistakes. Mistakes are crucial in the learning process". Moreover, adults facilitate resilience by helping young people to take initiatives in solving problems, to consider various paths through adversity and encourage decision-making.

Psychiatrist Steven Wolin highlighted how self-esteem is one of the components of the Resilience and in this vein the ability to refrain from blaming oneself for what has gone wrong. Resilient people externalize blame and internalize success.

Capacity of shifting focus from the cup half empty to the cup half full has a strong impact on the attitude to adversity.

Cultural and beliefs or tradition could also play a role in the way people cope with major bumps in their life.

At last from the physical perspective the healthier is your way of life the stronger you will face “bump in the road”. As a daily routine but more importantly in major period of stress, refocusing on basic well-being elements such as sleep, appearance, physical activity, drives better conditions to develop Resilience.

Though Resilience is rooted in childhood all is not played so far!

And as it is mainly about training and practice...

SLEEP- Make sure you have enough and qualitative sleep

SPORT- Engage in physical exercises on a regular basis

CONFIDENCE- Nourish a positive view of yourself and confidence in your strengths, by noticing your past and present success, achievements, in all aspects of your life and celebrate them!

EXPECTATIONS- Put your expectations about you, others and life at a reasonable level to avoid perpetual frustrations

OPENING- Be ready to ask for advise or help from relatives, friends or professionals if necessary

You can also get involved in a specialised consulting company program such as The Resilience Institute which proposes dedicated situational analysis and action plan.

"Resilience isn't a single skill. It's a variety of skills and coping mechanisms. To bounce back from bumps in the road as well as failures, you should focus on emphasizing the positive." Jean Chatzky

If you want to better understand how we can help you develop your resilience through coaching, contact us or write to us at This email address is being protected from spambots. You need JavaScript enabled to view it.

* Being of Jewish origin, Boris Cyrulnik was taken with adults in a Nazi-led capture in Bordeaux. He avoided detention by hiding for a while in the restrooms and later being hidden from Nazi searches as a working boy under a false name. Both his parents were arrested and murdered during World War II. He was entrusted to protection from a foster family. His survival of Nazi destruction motivated his career into psychiatry.